One of the main focal points of the Indian Legislature has been to empower the fairer sex, who have since long been prone to gender discrimination. Our history of discrimination has made it increasingly important for us to reexamine and explore further the laws for women in India.

Since independence, the Indian Legislature has constantly sought to enact laws that address economic, social, cultural and political issues pertaining to the oppressed sex. Though there are over 45 statutes specially catering to the female citizens, the five most important bills and laws for women are discussed below: 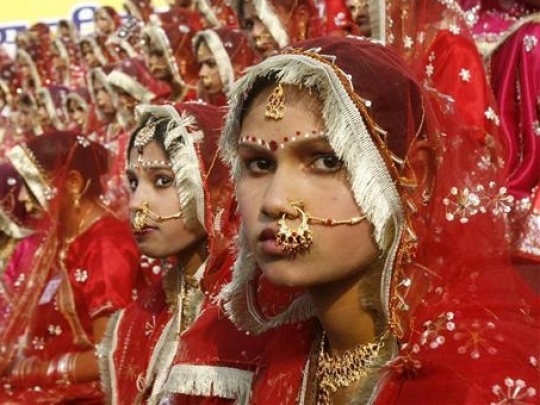 Dowry has been one of the biggest social evils concerning the fairer sex in this country, and has not been eradicated till date. Dowry is the term used for money, goods or estate that a woman brings with her to her husband’s house after marriage.

It became a means to exploit and harass Indian females whose families did not have the means to provide for sufficient dowry. This law makes the demanding as well as providing of dowry illegal and punishable with a sentence not less than five years.

Sati is the cultural practice of burning or burying alive a woman, along with the body of her deceased husband. It was observed by most Indian families till the late 1900s. Though the British declared it illegal in 1829, the Indian legislature finally enacted a law criminalizing sati in 1987.

The law declares the commission, or any other ceremony in observance of sati as illegal, and even its glorification will attract a criminal sentence. The law now punishes attempt, glorification and abetment of sati. This law aimed at addressing the very fundamental right to live for women in India.

It was amongst the most inhuman practices, and this regulation came as a succor for advocates of gender equality.

This ruling came as an amendment to the earlier Hindu Succession Act 1956, by abolishing it and giving equal rights to daughters to inherit ancestral property. The earlier law entitled daughter only to a minor share in inheritance as opposed to men. This amendment has brought the wifes, sisters, and daughter of this country on an equal footing with men in economic terms. It represents a pivotal shift in society’s perception of a male child being preferred over a girl, and should be adopted for the forward-thinking it might bring to families throughout the country.

This regulation came as a relief for female citizens who are very often subjected to violence and abuse within the four walls of their homes, especially after marriage. This statute defines domestic violence as physical, mental, emotional, verbal, sexual and economic abuse against them, and seeks to eradicate it. This regulation met with strong criticism because of the likelihood of it being misused.

This is yet to become an Act, but if it does, it will reserve 33% seats for women in the Parliament as well as State assemblies. This has been hailed as a historic step in ensuring meaningful representation of the sex that hasn’t been spoken for for generations at the political level.

This Bill was first introduced in 1996, and since then has been an object of great controversy with most theorists advocating that this bill will only benefit those with special privileges, and would further push daughters and wives of current politicians in the domain of politics, thereby defeating its very purpose.

These five laws and bills are without a doubt the definitive laws for women in India who wish to look towards a brighter future, ripe with equality in every aspect of life.

WHY THE LEGAL COURT LEGAL EXPERTS?

So, if you are thinking of choosing a Legal Service Provider or one of the Best Law Consultancy Firms in Jaipur, then don’t hesitate to hire us.

As per the rules of the Bar Council of India, we are not permitted to solicit work and advertise. By clicking on the “icon” below, the user acknowledges the following: there has been no advertisement, personal communication, solicitation, invitation or inducement of any sort whatsoever from us or any of our members to solicit any work through this website; the user wishes to gain more information about us for his/her own information and use; the information about us is provided to the user only on his/her specific request and any information obtained or materials downloaded from this website is completely at the user’s volition and any transmission, receipt or use of this site would not create any lawyer-client relationship. The information provided under this website is solely available at your request for informational purposes only, should not be interpreted as soliciting or advertisement. We are not liable for any consequence of any action taken by the user relying on material/information provided under this website. In cases where the user has any legal issues, he/she in all cases must seek independent legal advice.